The Island Bridge is Finally In

One of the most prominent features of Punderson’s disc golf is Pine Lake. This scenic, peaceful lake serves as a major water hazard for the disc golf course and has claimed many discs. Regardless of the hazard, the island in the middle of Pine Lake has tempted us since the course was installed to put in an island basket – something most courses don’t have. The only problem was finding a way to get out there. On Sunday, June 26th, after years of planning and struggling with one obstacle after another, a floating bridge was installed: 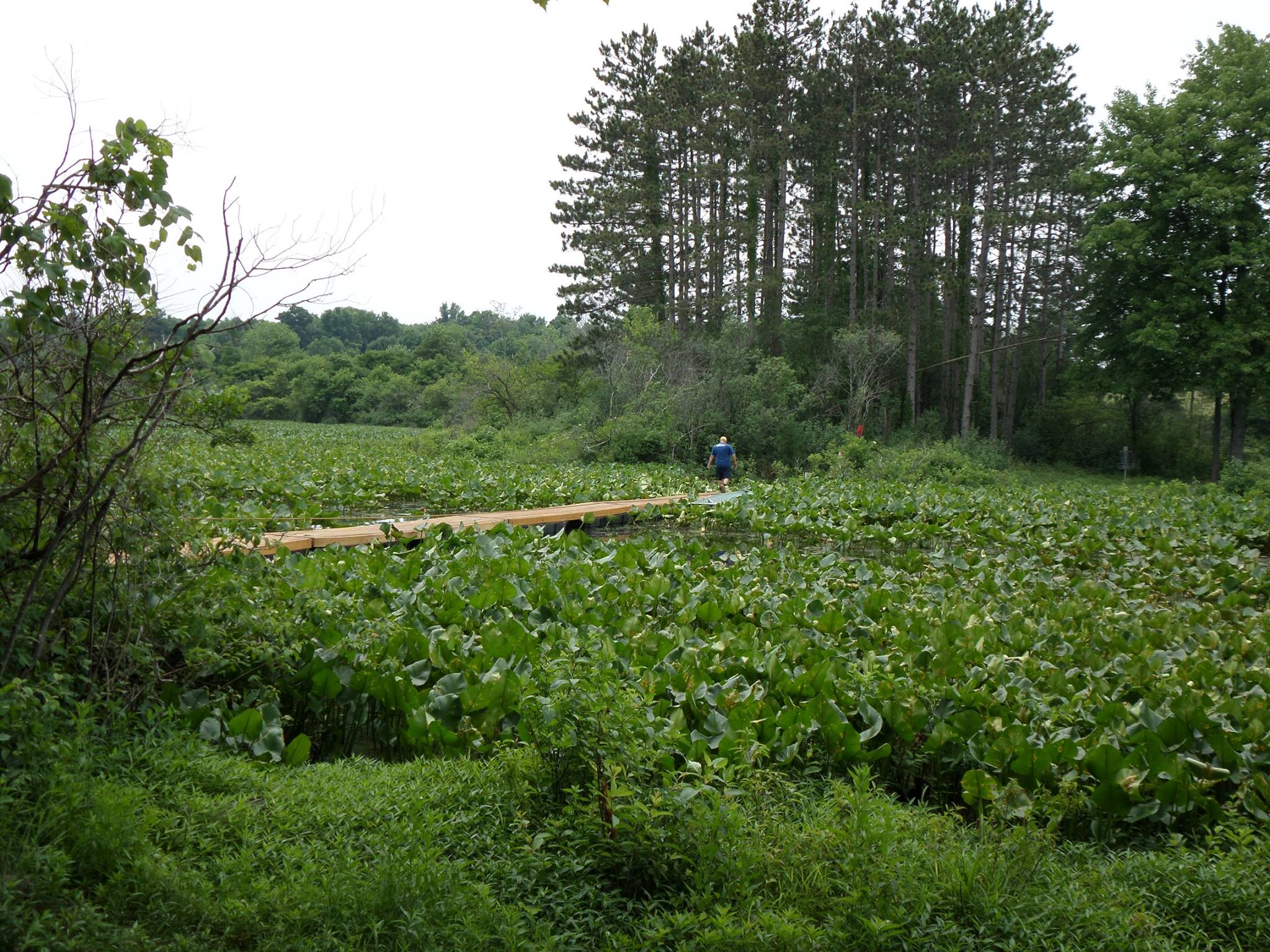 The Friends of Punderson could not have done this without the help of the Ohio State Park system, after locating and allowing us to refurbish old floating docks and giving us the go ahead with the project. Although we had the docks, trying to maintain the course, run our events and take on the bridge project was overwhelming. It took the ambitions of Paul Keller, John Luker and Travis Bailey to get this project moving – working to re-construct the floats, repair, and stain them. That isn’t to say that there weren’t others that helped, we are just thankful they were able to head the project while others kept the course alive. 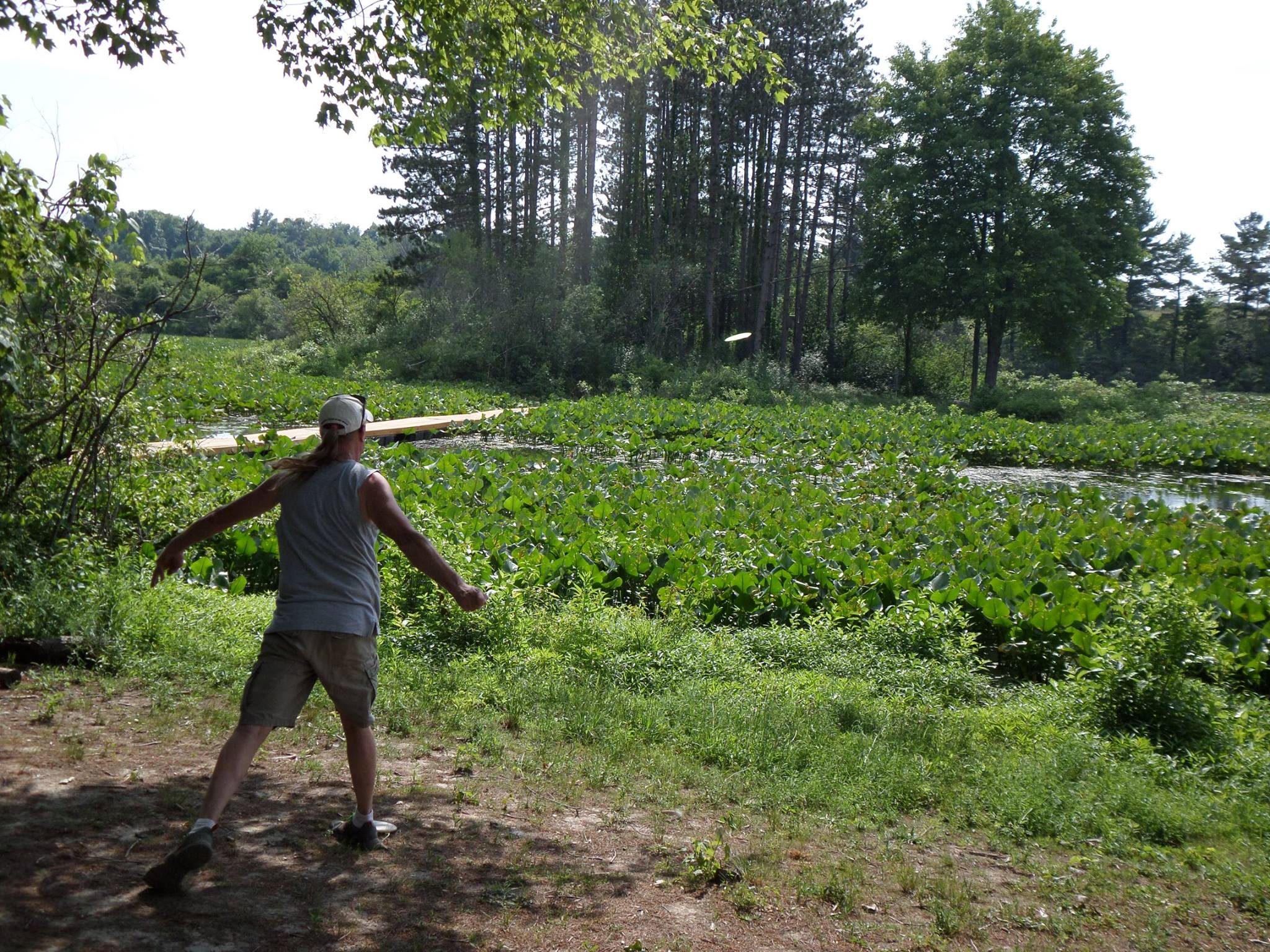 The first throws out during our “First Official Round with the Island in Play” were exhilarating and rewarding. Above, Eric “Sharky’ Boyd takes his shot. The added basket is not currently considered a “long” basket on Hole #2 but will be considered an “alternate” or “B” basket location. This will make shooting from the Reds a Par 4.

The bridge is not located by the original basket for Hole #2 as many thought it would be – it was in fact installed just past the brush behind the basket eliminating any awkwardness in play by people walking back from the bridge while another group (who maybe can’t see them) are playing up behind them. 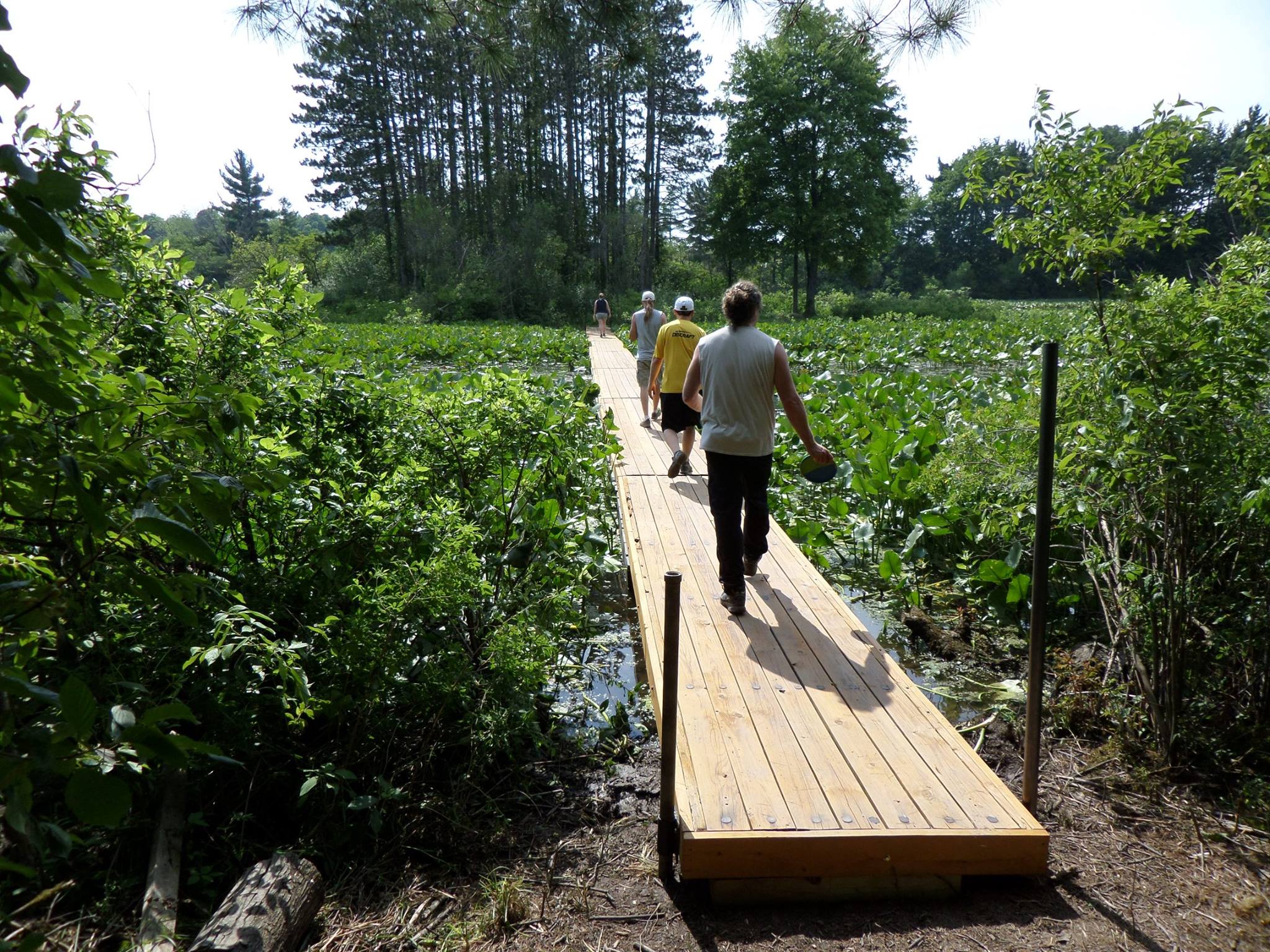 A putt on the island by Andy Morrison (below) – making the first official “Birdie” on the island – it is still very rough and a lot still needs to be cleared and mowed, but with the bridge installed it will now be easier to maintain. Although it was cleared a few years ago for the basket to be installed, the brush grows back quickly with no regular maintenance and this is why our volunteers have been so crucial to keep the course playable as park labor is limited. 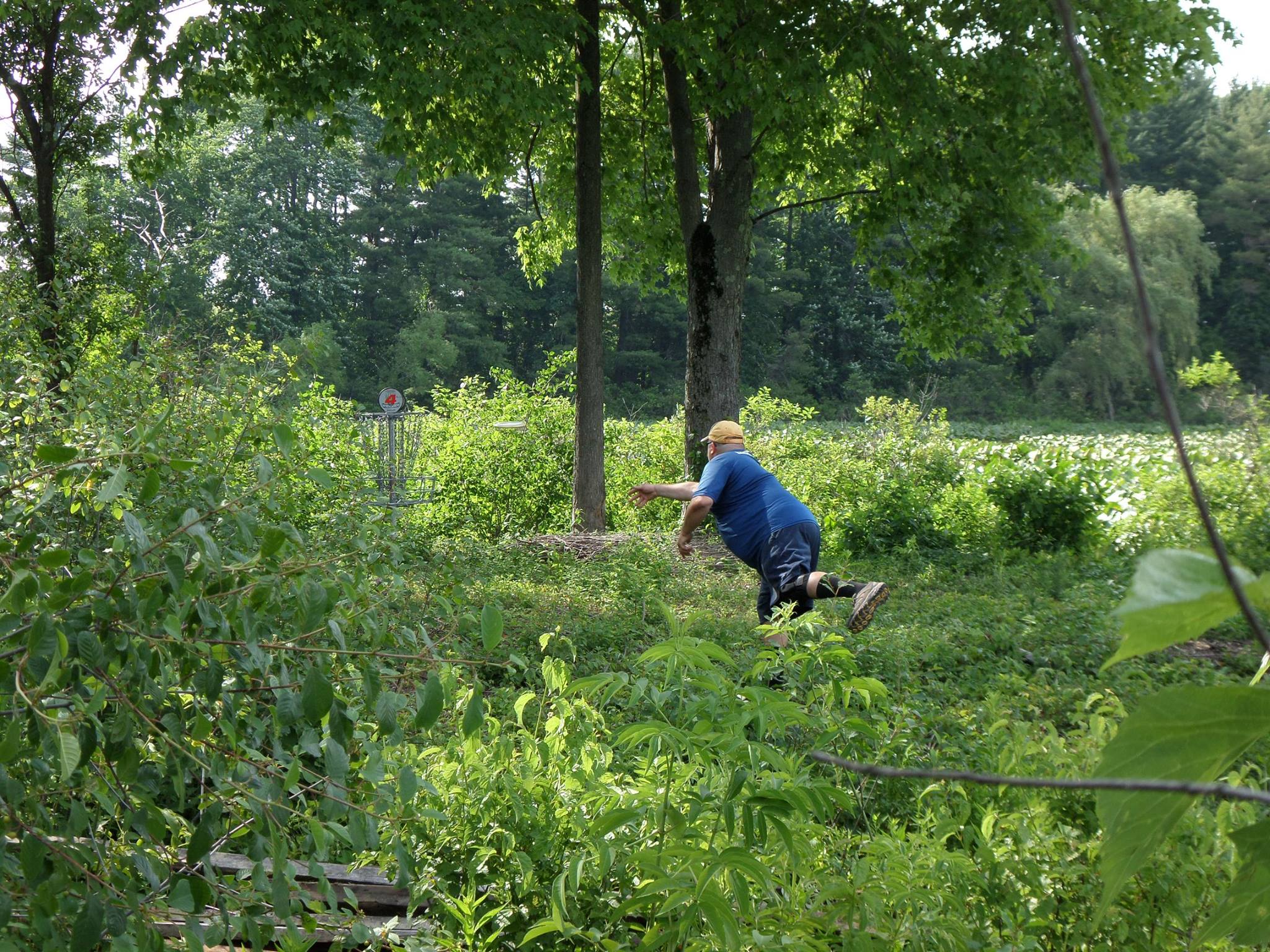 We would like to thank EVERYONE who helped make this project possible. Without the hard work and dedication of our volunteers this project would have never been completed. More pictures are available on the Punderson Disc Golf Facebook Page.

Sharky’s March Madness League has begun and you are sure to have fun during this month long event! There are obstacles on the course and prizes to be won – stroke erasers, targets, and MADNESS…

Number 2 In the State!

The Friends of Punderson Disc Golf Course is currently rated the #2 course in the state of Ohio on Disc Golf Scene thank you to everyone for your support and reviews!

Pun’s Labyrinth registration sold out in THREE DAYS! But don’t worry, you can still get registered on the wait list…

However we do have TWO other great tournaments this year you can register for. We have the Red, White and Blue Marathon on Saturday, June 18th. It will be a team effort of 2 people per team (limited to 36 teams). THREE consecutive rounds in different configurations from the Red, White and Blue Tee Pads. EVERY pad will get played in this event. Sharky says bring everything you need to survive because there won’t be much time between rounds… Then, we also have the Pine Lake Open, TWO rounds from the Blue Tee Pads on Sunday, September 18th.

Ground may break for the restrooms this spring! It is not 100% confirmed yet, however these may be heated restrooms from the rumors we heard…

Scott Stokely is a professional disc golfer who has traveled the world, and is doing clinics all over the U.S. with a focus on working with those with special needs to learn the sport as part of his goal to help everyone learn the sport of Disc Golf. On Tuesday, September 15th, he will be at Punderson State Park’s Disc Golf Course at 3:30pm to work with those with special needs. A general disc golf clinic will begin at 4:30, followed by a random draw scrambles for $12.00, with payout in Fly High Discs, Scott’s own disc line.

The clinics are FREE and we hope to see you there! Punderson’s disc golf course is located at the first right IMMEDIATELY after entering the park.